Advantages to Relocating Your Business in Alabama Part Five: Quality of Life

Advantages to Relocating Your Business in Alabama Part Five: Quality of Life 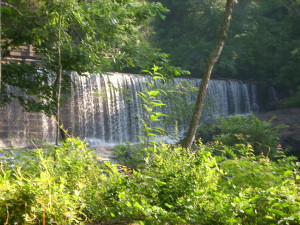 Of the many parts in our series about the advantages of relocating your business to Alabama, perhaps none resonates as strongly as the quality of life one finds living in Alabama. The spirit of this state is strong and is rooted in it’s beauty and diversity.

There are few places in the world that can rival the sparkling quartz beaches of Alabama or the breathtaking Alabama Mountain Region, enhanced by the southern foothills of the Appalachian Mountains. The opportunities to find quality fishing, hunting, or outdoor recreation are endless, and opportunities to ‘get away from it all’ are literally right in your back yard, now matter where in Alabama you live. Alabama is also home to the internationally acclaimed Robert Trent Jones Golf Trail and Talladega Superspeedway. Sports Illustrated called the Barber Motorsports Park and Museum in Birmingham one of the ‘hidden gems’ of racing, and of course, who can forget the Alabama Crimson Tide and Auburn Tigers, one of the nation’s fiercest college football rivalries.

Education opportunities in Alabama are superb, especially at the college level. The Forbes 2010 list of America’s Best Colleges listed 7 Alabama Colleges. They are scattered nicely through the state, from The University of Alabama in west central Alabama, Auburn University in the southeast, University of Alabama at Huntsville to the north, and Troy to the south. You’ll find Birmingham-Southern, UAB, and Tuskegee all near the center as well.

In addition, the cost of living in Alabama is very low. Median sale price for homes is 30% less than the national average and property taxes are among the lowest in the nation.

The quality of Alabama’s healthcare is stellar. Nine University of Alabama at Birmingham (UAB) Hospital medical specialties are among the nation’s top 50 in the 16 categories evaluated at U.S. hospitals this year by U.S. News & World Report, and three others are classified as high performing. In addition, the magazine rated UAB’s cancer program, orthopedics and cardiology/heart surgery as “high-performing” specialties, placing them in the top 25 percent nationally.

Many people in other parts of the country and world still have an old outdated perception of what Alabama is about, but their perceptions are just that: outdated. Take a look around at Alabama today and see for yourself its great diversity, beautiful surroundings and enriching capabilities.