Nim  Frazer was presented with an amazing, surprise honor by 1st Lieutenant Jimmy Mann, who participating in Operation Enduring Freedom at Bagram Airfield, Afganistan.  Unknowingly to Nim, LT Mann flew an American flag on July 5,2014 in the face of the enemy in Nim’s honor for his service to the Country in the United States Army as an Airborne Ranger.  Nim served as an Infantry Officer at Fort Beninning, GA from June of 1982 , and from May of 1982 –  May of 1985  in Gelnhausen, Germany. On November 20th, 2014,  Nim was presented with the flag and a plaque by Lt Mann.   Lt. Mann’s step father , David Martin, is a loyal employee of Industrial Partners since 1985.  ” It was a great honor to receive such a gift from Lt. Mann.  I have followed Lt. Mann’s progress as he has earned rank and respect as an officer with HQ 1103rd Combat Sustainment Support Battalion.”   – Nim

THANK YOU TO THOSE WHO SERVE AND HAVE SERVED OUR COUNTRY FOR OUR FREEDOM. 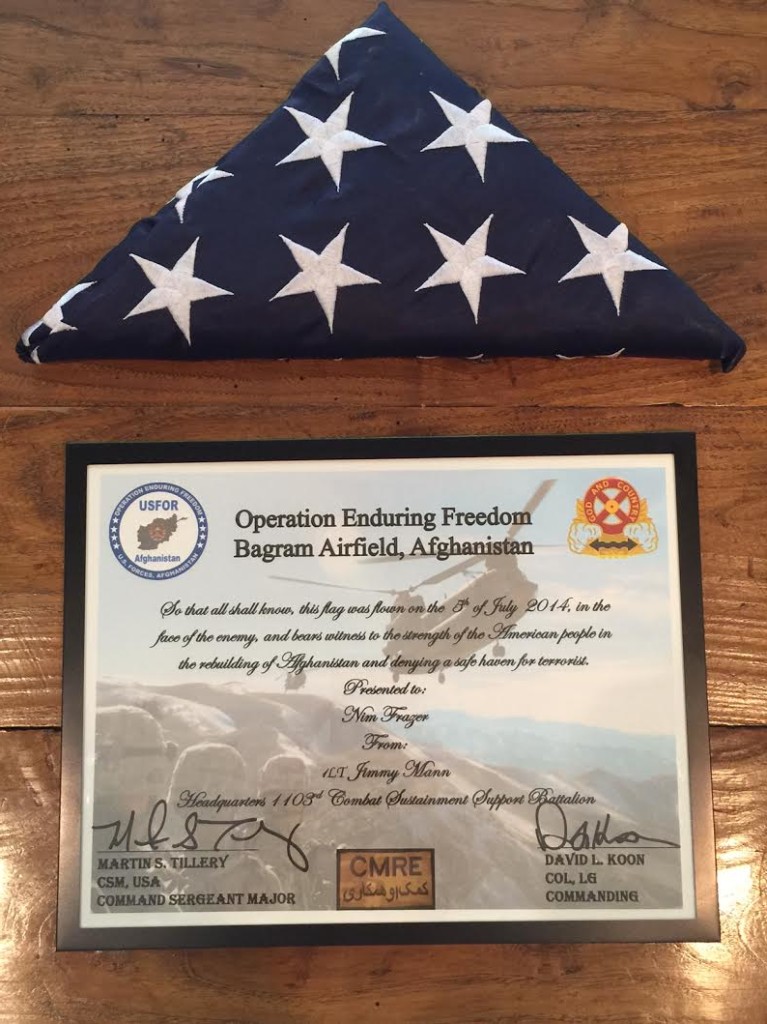