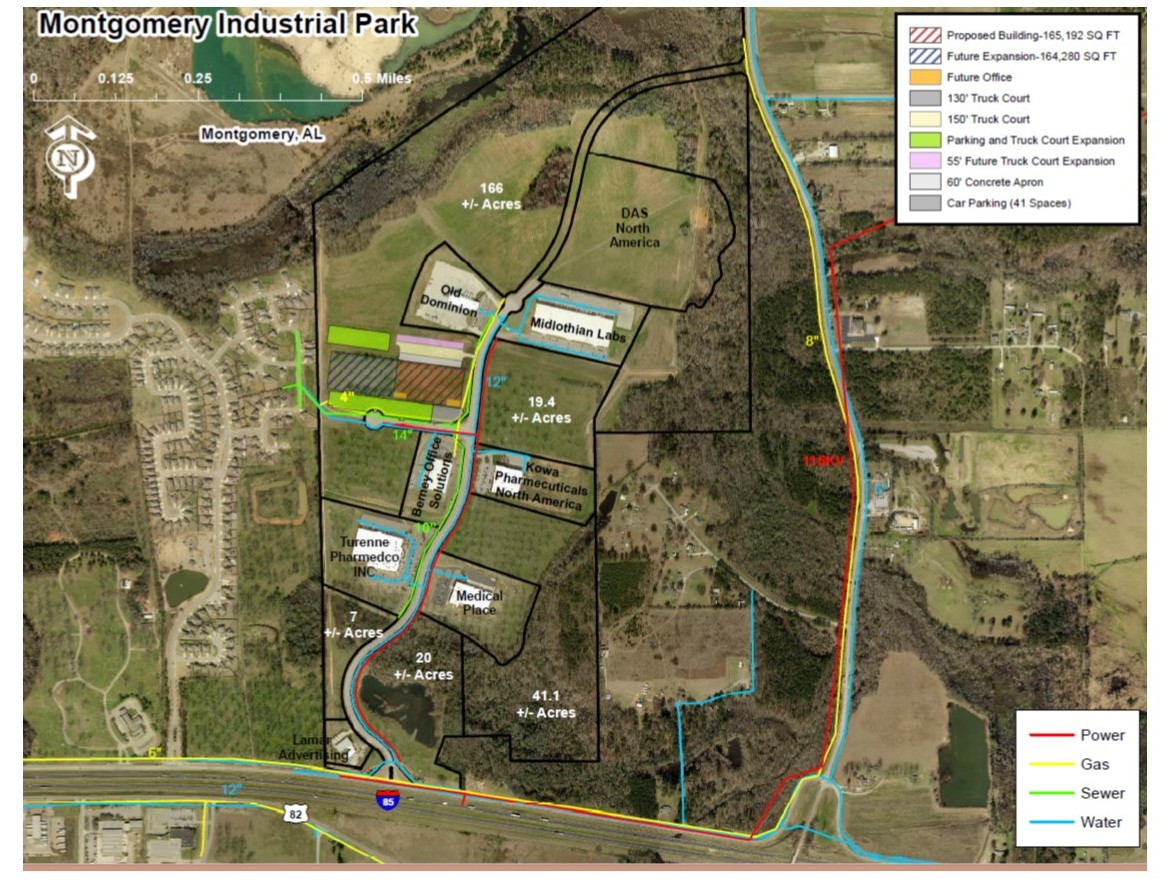 Montgomery Industrial Park , is the only  industrial park in  the entire state of Alabama, to earn an  AT&T Fiber Ready designation and the EDPA’s AdvantageSite designation.

What does this mean?        AT&T Fiber Ready designation emphasizes the availability of high-speed,  and fiber-based services. The designation also helps economic development leaders have a higher  positioning in their communities for site selection, the Montgomery Chamber said.

“AT&T is investing in high-speed Internet in urban and rural areas all across Alabama using the latest wired and wireless technologies, and we are proud to highlight the Montgomery Industrial Park as one of many places in Alabama where AT&T’s fiber infrastructure is in place and ready to help community leaders drive job creation,” said Fred McCallum, president of AT&T Alabama

The EDPA’s AdvantageSite designation requires that community development organizations prove that a proposed industrial site meet a specific set of standards that make it ready for industrial projects. The designation will help Montgomery by putting the Park on the EDPA’s buildings and sites database used by site selection consultants, state economic developers and companies looking to expand in Alabama.